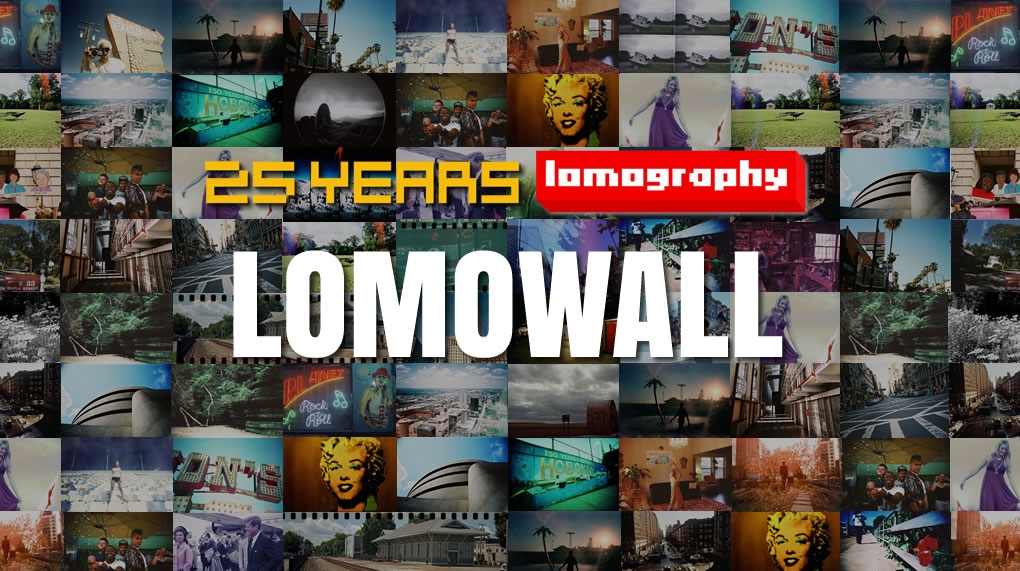 In partnership with Lomographic Society International, Granite Town Gallery was happy to host one of the hundreds of LomoWall exhibitions throughout the world held in the fall of 2017 celebrating 25 years of the analog photo art movement Lomography was founded in 1992 by Viennese photo students. A LomoWall is a mosaic of hundreds of analog photos taken by photographers from around the world for the global competition.

Each LomoWall brought together different countries, cultures, and people in a colorful symbol of global unity. Lomography echews formal photographic aesthetics and instead encourages spontaneity and uninhibited creativity. “Don’t think, Just Shoot” is an overall guiding principle and slogan.

Our LomoWall featured photos from Azerbaijan, Bosnia and Herzegovina, Denmark, Saint Lucia, Tunisia, and the United States. The mosaic approach involves assembling hundreds of 4” x 6” photo prints into arrangements which are at once freeform and organized — often into repeating patterns of images which when viewed from afar have an intriguing effect in terms of color and shape.

Subject matter of the images were of all types, from scenic locations such as the Brooklyn and Golden Gate Bridges, Coney Island, city scapes in New York City and village images in Tunisia, to close ups of people in the course of their lives, doing the things that they do each day with friends, family, pets, on farms, at beaches, and many, many other subjects and locations.

The opening reception was on October 26 .
The LomoWall exhibition ran from October 26 through December 10, 2017 and is now concluded.

View the embedded image gallery online at:
https://www.granitetowngallery.com/fine-art-exhibitions/item/11-lomowall-2017-celebrating-25-years-lomography#sigProIdb5809e72df
back to top