RRelics of the Woods: Narrative Paintings by William C. Turner 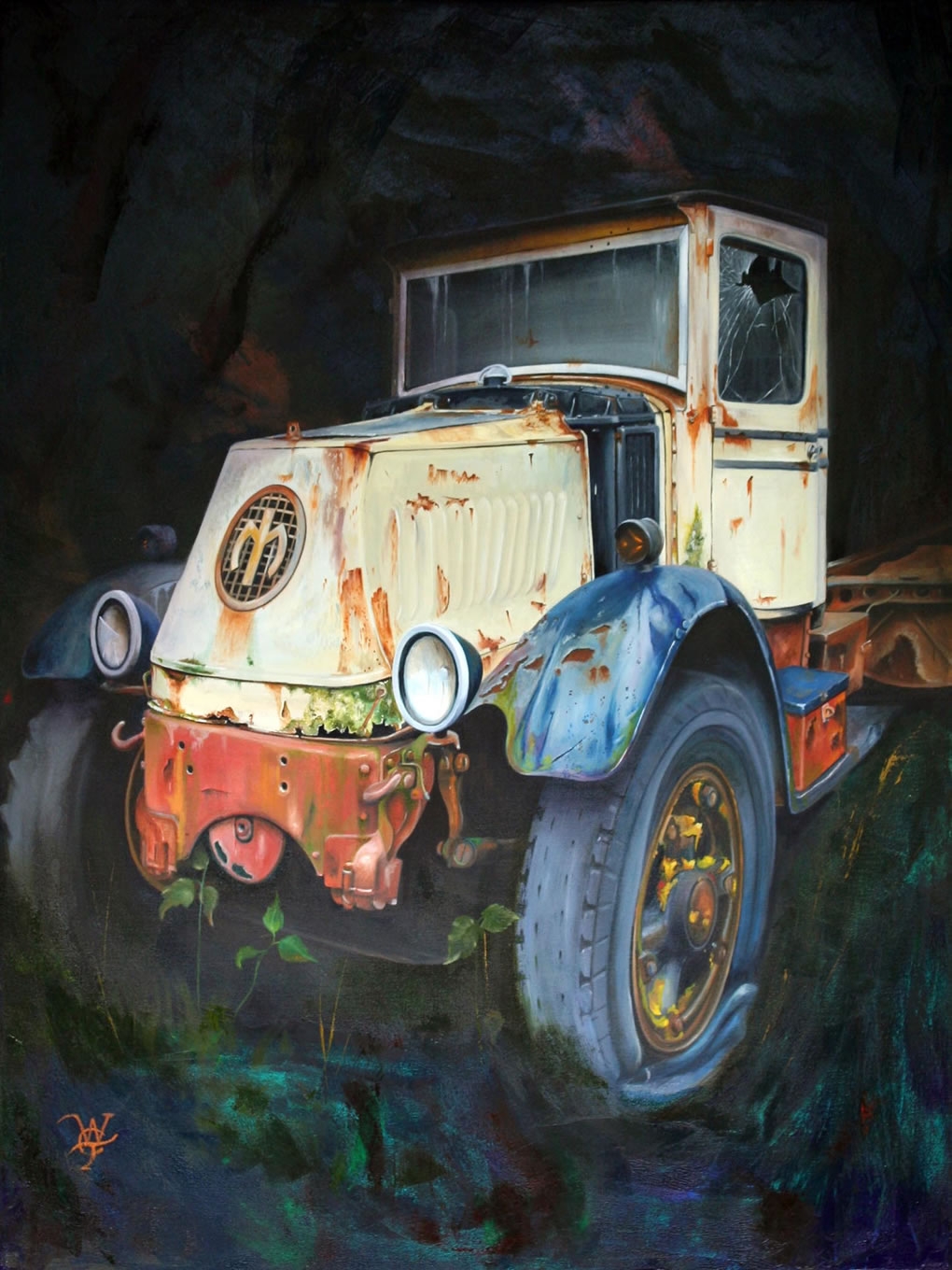 Relics of the Woods: Narrative Paintings by William C. Turner

In his youth, William C. Turner made his living by airbrushing cars and creating air brushed “hot rod art”. If you are like me, a “boomer” from the west, you’ll no doubt remember Ed “Big Daddy” Roth’s Rat Fink hot rod art of the Southern California Kustom Kulture hot rod movement of the 1950s and 1960s.

These more often than not featured hyper stylized dragster cartoons with giant rear racing slick tires and a super custom car body lifted up of the ground. These fantastic visions often manifested in reality and were featured in custom car shows up and down the west coast.

That initial love of machinery  lingers to this day for Turner — who went to art school later in life earning both a BFA and an MFA, and ended up both painting and teaching art at NHIA — in the form of his interest in capturing the majesty of old cars, trucks and farm equipment left to rust in fields and forests of New England.

This exhibition features several such works. They are rendered in oil on canvas in a realistic style. Some as details of specific parts, others as the entire vehicle. These original oil paintings capture some of the sadness of something once useful but now left to rust away but also give each relic a sense of dignity not only in capturing it, but also in the way that Turner sometimes injects a bit of whimsy into the image by including references to mythology or cultural icons.

For instance, the work titled Diogenes is a reference to the Greek founder of Cynicism.
In other works, not in this show, he has included various animals — ravens, hawks, rats — in the work amongst the vehicle to subtly make reference to some historical story of importance.

He calls himself a narrative painter and it is this joy of creating a story on canvas which his choice of subject matter — especially when someone relates to his work.