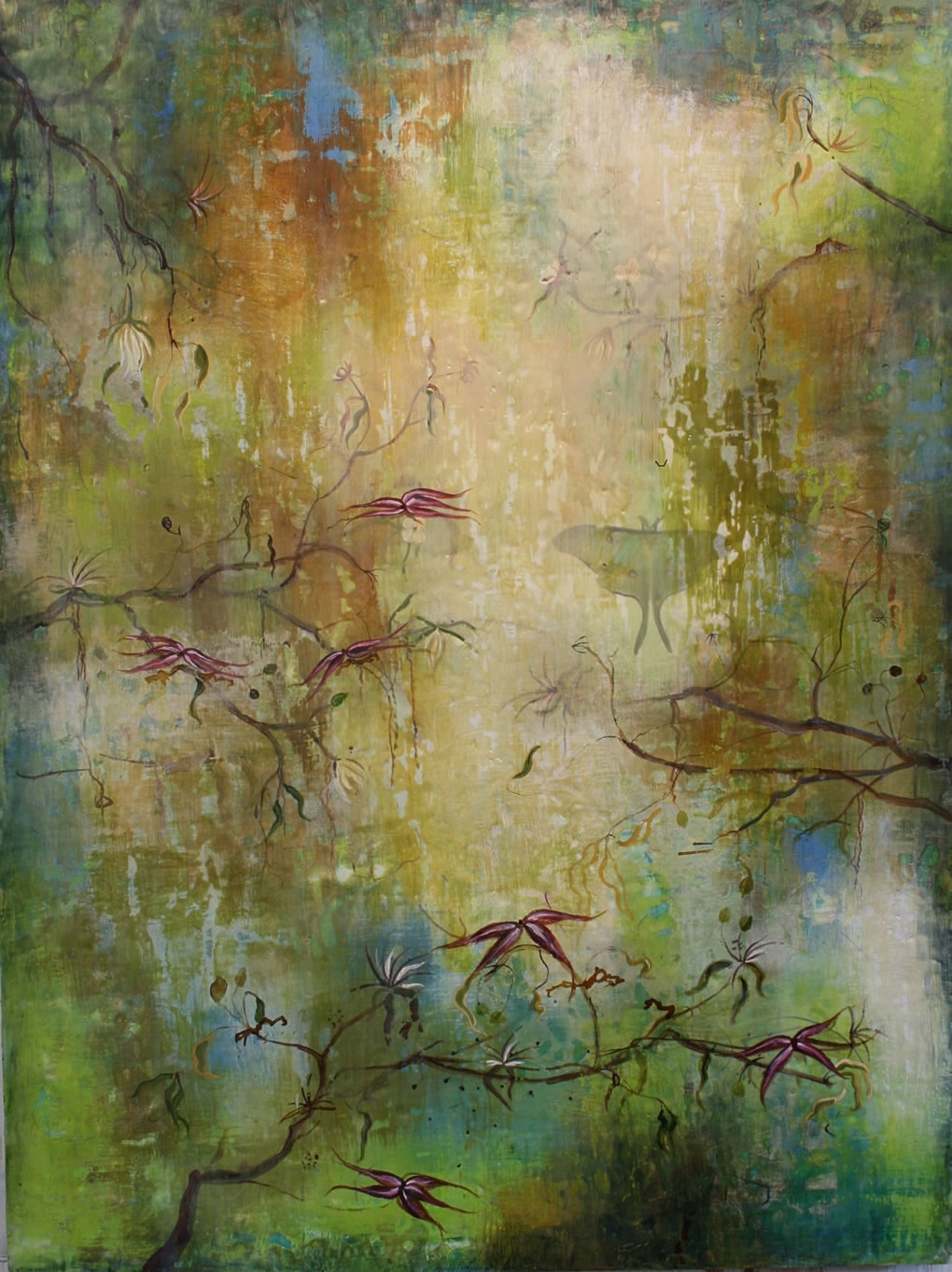 Granite Town Gallery is thrilled to announce that one of our fine artists Jessie Pollock of Peterborough, NH has just had a new encaustic painting of hers accepted into the Fitchburg Art Museum’s juried 83rd Regional Exhibition of Art & Craft! This is the third year that she will be in the exhibition. Congratulations Jessie! Well done!

The art work which will be on display from June 22 through September 2, is titled “Cosmos Series/Lunar Moth” and was created during May 2018. The painting is a combination of encaustic, mixed-media, dry pigment, casein, and gesso, on a reinforced wood panel. It’s fairly large at 48” x 36”.

We display the image here with this article for your enjoyment, but you really need to see it in person to take in the richness of the colors and textures.

Here is a quote from a viewer who has previewed the painting:

“I responded to the rich surface, like an ancient temple or cave. I see petroglyphs and other markings. I love the rich warm and varied colors. The imagery is hidden, inviting us to look at it as if it doesn’t really need our attention. It’s inward focused. Yes, I like it a lot.  It’s inviting.”

Pollock explains that this past winter she had read an inspirational book called “The Invention of Nature” — a biography of Alexander Von Humboldt, a visionary Prussian naturalist.

She says, “most of my work throughout the years had been influenced by the importance of nature, Fibonacci, and lately the import of Global Warming and its impact on our environment. Van Humboldt preceded Darwin and many of the other great naturalists that we have heard of. During his extensive travels throughout South America and other parts of the world, he was the first to record that deforesting led to erosion which later led to other devastating natural disasters. These studies were done in the early 1800’s!”

“These new works are a contemplation on living in a beautiful area and meditating on the complexity and simplicity of nature. I use beeswax and resin which are both natural elements. I apply many layers in order to achieve a translucency depicting the depth of nature. My imagery is not perfect. It is somewhere between birth and death rather than a perfect state of being.”

The painting evokes a sense of being in a cave or in the forest canopy depending upon your leanings. There is certainly a primordial aspect to it in the way that branches, leaves, flowers and the lunar moth are rendered, their shapes and colors remind one of the paintings in the Lascaux caves which were of crude, yet elegantly rendered animals from the paleolithic period. 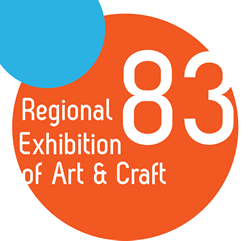